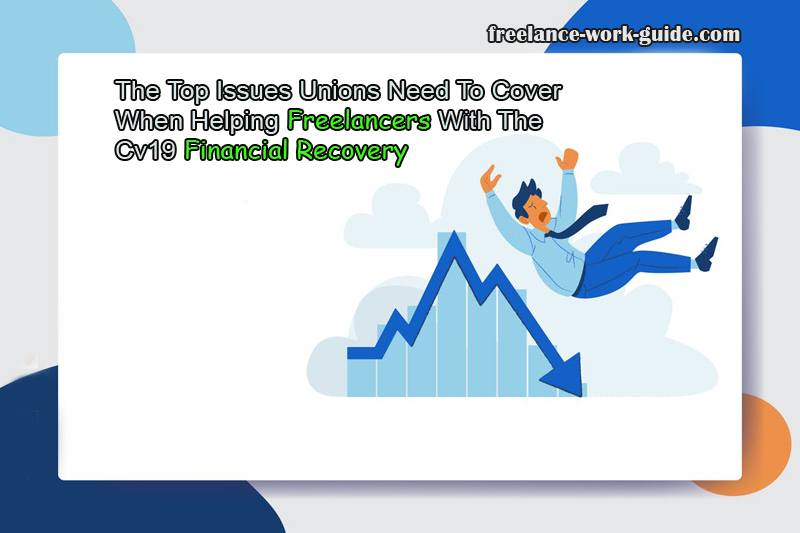 On January 30, 2020, the World Health Organization (WHO) declared a Public Health Emergency of International Concern for the 2019 Coronavirus Disease (COVID-19). Since it was first detected in December of 2019, the disease has spread to nearly every country, impacted millions of people, and killed hundreds of thousands. This pandemic, however, is far more than a public health disaster. It is threatening to destroy decades of development progress while also causing the most severe global economic collapse in over a century.

Although the reaction to the COVID-19 issue is still lively and dynamic, the time has come to begin the healing process. While maintaining transmission control and sustaining periodic increases in case numbers is critical for long-term performance. A comprehensive recovery strategy will need cross-sector collaboration that may include infrastructure, education, governance, and commerce, among others.

Here are a few issues that we need to delve into deeper.

1. Reducing Workers’ Exposure to the COVID 19 Virus in the Workplace

Many nations are implementing policies to minimize physical connection. The first focus was on interpersonal contacts in the office and the daily commute because workplaces and public transportation frequently assemble large groups of individuals, increasing their risk of catching and transmitting the COVID-19 virus.

Aside from requests to rigorously adhere to hygienic rules, governments and businesses have encouraged extended “teleworking,” which is achievable in many workplaces with the proper IT equipment. Indeed, teleworking has grown in popularity over the last decade or so. Employers might also rearrange work patterns to reduce interpersonal interaction, such as minimizing office sharing and eliminating large gatherings. However, some operations, such as those in the care, transportation, retail industries, the energy sector, and emergency services, will always need employees' physical presence.

Poor living circumstances can make it difficult for people to self-isolate nations and groups and make compelling teleworking impossible. Overcrowding can be especially troublesome in the face of an infectious disease like COVID-19. When a household member becomes ill, it inhibits physical separation and aids in transmitting the disease.

2. Providing Financial Support To Ill Employees And Their Families

Paid sick leave is an essential tool for mitigating the economic effect of the COVID19 crisis on employees and their families. It can provide some income continuity for employees who cannot work due to a COVID19 diagnosis or must self-isolate. Paid sick leave helps limit the spread of the virus by allowing sick workers to stay at home until they are no longer contagious.

Most countries that have the financial capability compensate workers for time lost due to illness. However, in other countries, sick-leave compensation only covers a tiny portion of the prior salary or is less than the suggested duration of self-isolation for persons with COVID19 symptoms. Non-standard workers in many countries have restricted access to paid sick leave. Low coverage in part-time positions and for employees on short-term contracts may result from a heavy dependence on optional employer policies.

The private sector has also acted. Some firms offer paid sick leave to their employees, allowing them to stay at home if they are ill.

The widespread shutdown of childcare facilities and schools, currently being implemented in a growing number of nations, can provide significant challenges for working parents who must (organize) care throughout the working day. Another problem is that grandparents, who are frequently dependent on informal caregivers, are particularly vulnerable and must limit their interaction with others, particularly youngsters.

Full-time remote working office hours might be difficult, if not impossible, to achieve in practice, particularly for families with small children, couples with just one teleworking spouse, and single parents. Lower-skilled, lower-paid jobs are less likely to work from home.

Working parents may be able to seek time off. In the short term, they may be permitted to take statutory yearly leave. However, this is generally at the discretion of the employer.

Furthermore, even where a legislative right exists, employees are frequently obliged to give advance notice before taking leave, which may be impractical when a relative requires immediate care.

Given the significant challenge that companies in all sectors have in dealing with a combined supply and demand shock, immediate action is essential to protect jobs and incomes while also providing enterprises the flexibility to employ staff replacements quickly.

In the current scenario, the primary goal is to foster the rapid adoption of short-term labour (STW). In the case of a force majeure, existing short-term employment programs in some nations can be expanded to include people placed in quarantine or companies affected by an epidemic.

Companies may encourage the usage of online training during the strike to invest in their employees’ skills. It was primarily intended for businesses undergoing structural changes that necessitated the re-skilling or upskilling of their employees.

The rapidly rising number of unwell, restricted employees, or away from work to care for their children also threatens to jeopardize the operation of critical economic sectors, most notably health and long-term care and transportation. As a result, steps to enable the quick recruitment of temporary personnel capable of taking over key activities, such as customized exemptions to rules that prohibit hiring on temporary contracts or targeted incentives for individuals who take these jobs despite the health crisis, may be necessary.

5. Interaction Among Governments, Labour Unions, And Employer Organizations In A Three-Way Partnership

Most nations have created ad hoc tripartite committees or bipartite groupings of government, employer, and worker representatives at the national level to address the problems that resulted from the COVID-19 situation. When trade unions participated in policy discussions, the most often discussed subjects were social protection and employment measures, promises to collaborative industrial relations, and budgetary and occupational safety and health measures.

6. Social Interaction Between Unions And Businesses And Their Groups On A Bipartisan Basis

Bipartite discussion between labour unions and employers and their organizations was also standard practice in most locations during the COVID-19 epidemic. Bipartite social discourse took place at the national and sectoral levels all around the world. Most incidents happened at the corporate level to guarantee workplace safety and health precautions.

Companies and employees frequently expressed similar worries when governments took insufficient actions in reaction to the crisis or when scarcity of critical goods on the market, such as PPE, prohibited economic activity from continuing. In these conditions, they banded together to find common answers.

7. Unions' Targeted Actions For Their Members/Workers

During the pandemic, trade unions actively helped their members and employees in general. Despite the challenges of organizing and the limitations on public meetings, trade unions were able to aid employees and their families during the crisis by providing legal, in-kind, and other forms of assistance.

Trade unions, for example, took targeted actions for their members/workers, such as setting up emergency funds for affected workers or donating to existing funds in support of workers and people in need. Furthermore, they provided legal advice via hotlines and online platforms where they collected claims and complaints about employer abuses and non-compliance with labour regulations.

In a few situations, they formed ad hoc committees that worked with labour ministries or inspectorates to ensure appropriate steps were done to resolve concerns. Given the rise in personal and workplace violence in many countries, provisions have been put to assist migrant workers. Trade unions were also successful in securing recognition by the appropriate authorities of COVID-19 as an employment injury, frequently in the form of an occupational illness, and especially for employees in the health industry.

Lockdowns and other restrictive measures used by governments to stop the spread of the virus, such as banning large meetings and curfews, have had a substantial impact on the unionization of labour groups and associated activities. As a result, several trade unions opted to stop collecting membership dues to alleviate their members, notwithstanding the detrimental impact on their budgets.

Others viewed the crisis as a chance to improve worker knowledge of the significance of unions, reach out to employees in the informal sector, and start practical membership efforts. In a few nations where membership is falling, labour unions have responded by conducting humanitarian acts to stay relevant to their members and respective families. These measures, according to the trade unions concerned, aided in membership retention.

Several trade unions have claimed trade union/worker rights breaches during the COVID-19 conflict in this regard. Trade unions claimed breaches of International Labour Standards, noncompliance with labour rules, and disrespect for health standards.

10. Recommendations From Unions To Governments And Employers

The recommendations made by trade unions to governments or employers have been diverse and, in general, more context based. They emphasized the specific shortcomings or long-standing concerns that trade unions believe in prioritizing each nation. Some were made as appeals to the government for immediate action to address the crisis's difficulties, while others were more significant reform ideas.

In nations where democratic shortcomings impede industrial relations and collective rights, trade unions urged the government and employers to uphold collective rights and International Labour Standards. Finally, trade unions in certain nations have pushed for more protection for migrant workers and particular employees, such as health care workers and those in the most disadvantaged situations.

The pandemic has caused changes in how we do business and operate. There are several benefits to remote working. Remote and hybrid working can assist in retaining bright people in rural areas, encourage mobile talent to relocate to the regions, increase commerce for local companies, and revive our towns.

However, possible drawbacks include the impact of loneliness or isolation on mental health, reinforcing existing prejudices such as gender, diminished visibility in the office, and balancing home and work life. Increased adoption of remote work must be done to reaps the numerous benefits while mitigating the negative consequences.

Throughout the epidemic, trade unions throughout the world did and continue to perform tremendous work to help their members and the public. Through social dialogue organizations, trade unions have created policy recommendations for influencing government action on employment retention plans and social protection in numerous cases.

Given the crisis's multifaceted character and uncertain consequences, trade unions must stay alert and insist on employing social dialogue methods for decision-making at all relevant levels throughout the crisis. Trade unions can assist their nations by rallying their membership, pressing governments for immediate action, and presenting fresh and innovative solutions for sustainable development from a trade union perspective. 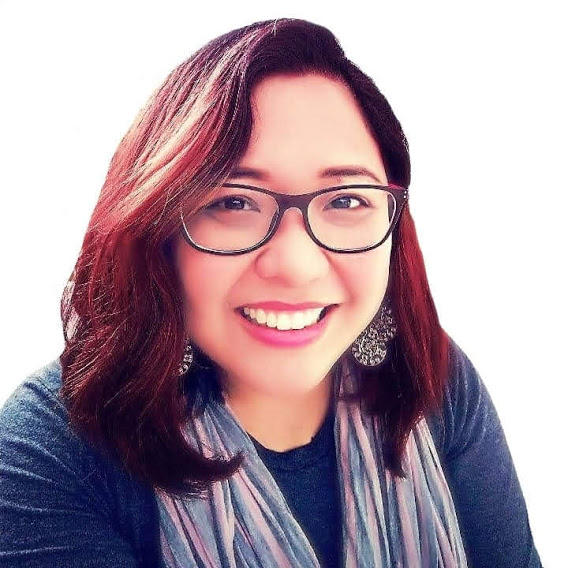 Mayleen Meñez worked as a writer, graphic artist and video editor for 8 years before finding her passion as a teacher and missionary in a faith-based NGO, serving in the Philippines and Asia. She currently serves in an international ministry, homeschools 3 kids, and loves cooking in her spare time. She is also a resident SEO writer for Softvire. Follow her at social profile:
Instagram, LinkedIn, Twitter. 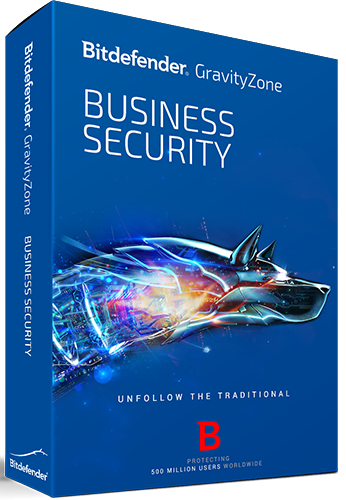