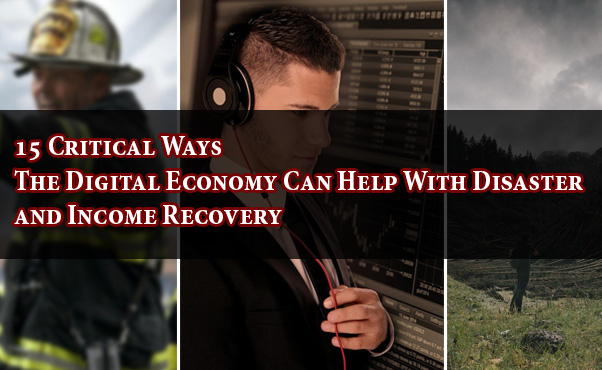 You only have to switch on the TV to see that natural disasters are taking their toll all over the world. With climate change a subject of fervent debate, and communities all over the globe struggling to recover from drought, flooding and fires, it’s crucial to look at developments in the way we facilitate and support income recovery and infrastructure rebuilding.

Traditionally, recovery efforts focus on repairing infrastructure and helping those affected by means of providing shelter, food and water, but technology is playing an increasingly integral role in restoring communities. With the digital economy booming, this guide will explore the relationship between modern communications and technology and disaster recovery. 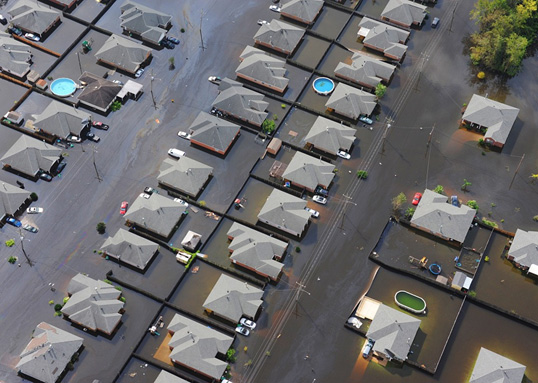 15 Critical Ways The Digital Economy Can Help With Disaster Recovery

As we see images of forests burning and people and wildlife struggling to battle raging flames in Australia, it is perhaps more important and pertinent than ever before to consider new, innovative ways to bring about effective disaster relief. Here, we’ll look at 15 ways the digital economy is contributing:

One of the most vital benefits of advanced technology is the ability to reach out to and communicate with communities and groups who have been isolated or harmed as a result of natural disasters. If bridges, roads and railways are damaged, and there are physical barriers blocking routes to towns and villages, digital communications prevent people from falling through the net.

Using social media, instant messaging, blog posts and emails, communication can be restored, and channels can be kept open. Authorities, aid agencies and family and friends can engage and interact with those affected, delivering crucial information about rescue and recovery efforts and providing peace of mind that those people haven’t been forgotten about.

2. Boosting The Efficiency Of Aid Efforts With Next-Generation Technology

According to the United Nations, global economies spend approximately $25 billion per year on disaster recovery efforts. This figure is enormous, but the UN estimates that it is up to $15 billion short of what is required. To boost efficiency and make cost savings, countries can look to next-generation technology, including robotics and artificial intelligence (AI). These sophisticated, cutting-edge technologies can save precious time, reduce spending and plug gaps in human labour forces.

3. The Value Of The Freelance Economy

When a natural disaster strikes, the priority is to save lives and to protect as much of the land and infrastructure as possible. The next step is to try and rebuild. This doesn’t relate solely to building houses, repairing hospitals and creating new roads. It also means getting the economy back up and running and supporting those who have lost livelihoods or been affected by events beyond their control.

The freelance economy plays an increasingly valuable role in a world where natural disasters are becoming more common. In 2017, the American Red Cross provided more disaster relief support than it did between 2012 and 2016. When storms, floods or fires destroy homes and businesses, the rise of the digital and freelance economies means that not everything has to slow down or grind to a halt.

The beauty of freelancing and remote working is that it enables people to work on the go. If there’s an Internet connection, this can help to alleviate some of the disruption caused by damage to physical infrastructure. 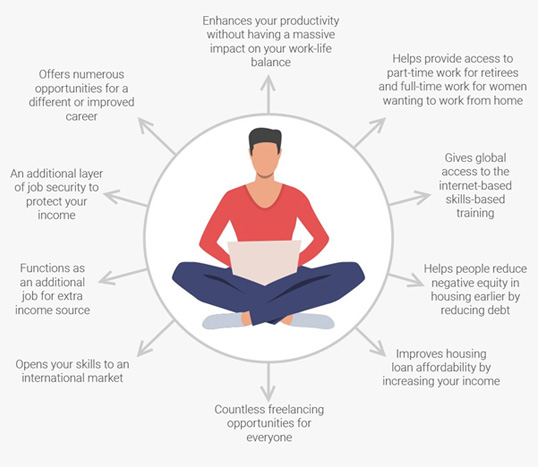 4. Rebuilding And Unleashing The Potential Of Rural Communities

Natural disasters tend to impact rural, remote communities, rather than urban areas. Often, those who live in rural parts of a country are dependent on a single or a small number of industries, for example, farming. If the land is destroyed, crops are blown away and woodland burned, this creates a very bleak image for the future of those reliant upon the agricultural industry. One crucial way the digital economy is making a difference to disaster recovery in the 21st century is connecting with and supporting communities that have lost their primary source of income.

If there’s a drought, for example, farmers could face months, even years of hardship. In this instance, investing in digital technologies and providing assistance for those looking to supplement their income is a positive step. Governments and charities can support individuals and groups by providing access to resources, encouraging training and promoting freelance opportunities that could facilitate long-term income that isn’t directly linked to farming.

In Australia, ministers are working with aid agencies and charities to help people whose livelihoods have been lost due to the bushfires, with millions set to be invested in long-term recovery plans.

In 2018, 2.65 billion people in the world used social media networks. Social media platforms started out as sites that enabled friends and relatives to keep in touch, but today, they have a diverse range of uses. As natural disasters have become more prevalent and social media more popular, social platforms have played a role in spreading news, providing access to information, bringing people together and raising awareness of charitable causes and fundraising drives and the impact of natural disasters.

The Japanese tsunami of 2011 is perhaps the first example of how social media was used to facilitate a recovery plan and support affected communities following a disaster. When earthquakes hit and a 40-metre high tsunami struck the country, many people took to social media and other digital resources, including search engines, to seek advice and find information.

Celebrities used their Facebook and Twitter profiles and feeds to communicate the latest updates from authorities and Google quickly became a hub for people to try and find missing family members and friends. In the days, weeks and months that followed, social media also provided a platform for fundraising efforts, with millions of dollars donated from users all over the world.

Since 2011, social media has become a focal point for authorities, emergency services and relief agencies, which need to communicate information quickly and seamlessly. Using sites like Twitter and Facebook, a post can go viral and spread to millions of users in a matter of minutes.

Mobile technology is one of the most important and impactful developments in recent times. Mobile phones and devices provide a raft of benefits when it comes to disaster recovery. With a mobile phone, you can make calls and send messages wherever you are in the world, but you can also create, access and share data. This benefits those responsible for coordinating and implementing recovery efforts, as well as those affected by a disaster.

Mobile technology can provide a solution when traditional methods of communication fail, and it also enables the collection and analysis of data in real-time. As time is of the essence in any relief operation, the use of mobile devices can make all the difference. It is estimated that globally, there are now over 5 billion mobile phone owners in the world.

The 24-hour news loop often provides images and footage from the scenes of natural disasters, but cameras tend to leave as soon as recovery work is underway. Digital platforms, for example, social media and emails sent out by aid agencies and charities, enable people to see what is being done and how their money is spent if they decide to donate.

Crowdsourcing can be incredibly beneficial if infrastructure has been destroyed, but people have access to the web. This is an approach, which involves collecting and collating data from groups of people. In the context of disaster relief, it can help agencies and authorities identify communities that are vulnerable and create a more accurate image of the extent of damage and the number of people at risk.

Cloud services can make a huge difference to disaster managers when traditional lines of communication are down, and local infrastructure is overwhelmed. The cloud stores data remotely, enabling access, even when weather conditions are horrific. The cloud is also a scalable solution, which is crucial for non-profits and aid organisations.

In its World Disasters Report, the Red Cross suggested that having access to information is as important as food and water. We live in the information age, and we are used to being able to find answers at the touch of a button.

Organisations like Microsoft are working on systems and programmes that protect access to information, even when Internet signal is poor and regular connections are down. If people have access to the web, they can find information and keep in touch with the outside world.

Big data is a buzzword in the 21st century. In terms of disaster recovery, big data has a lot to offer. By collecting, analysing and evaluating data, aid teams, authorities, governments and emergency services can work together to identify solutions to problems, learn from previous case studies and put proactive measures into place to reduce the risk of extensive damage and loss of life in the future.

12. The Importance Of Training And Roles For Remote And Freelance Workers

Technology is brilliant, but it has limitations if the people who run relief programmes and create plans have a lack of knowledge. You can only benefit from tech if you understand how to get the best out of it. This is where skilled workers come into play.

By encouraging training in the use of technological resources and working with freelancers and remote workers, aid agencies and disaster relief managers can access the skills they need, no matter where the incident occurs or where professionals are based.

Recovery efforts often involve multiple teams working together. While this usually relates to rescue teams, charities and government departments, new relationships are forming. In Puerto Rico, for example, global charity, NetHope, has joined forces with Facebook to target specific audiences in the event of a natural disaster.

It’s very common to see TV and web adverts for relief campaigns in the aftermath of a disaster. Many people like to support fundraising efforts, but sometimes, it can take time for the money to reach those in need. In the digital economy, payments can be made and processed much faster, which facilitates rapid relief. Charities can also capitalise on the popularity of social media and the speed of email to drum up support and interact with donors to keep them in the loop.

Natural disasters can be incredibly traumatic for those involved, and at the time, it may seem like the future is very uncertain. During difficult times, the strength of the digital economy can be exploited to build a brighter future, especially in rural and poor communities that are dependent on industries that have been wiped out. The Internet provides opportunities, and with the right support, people can establish new careers and tap into growing industries. 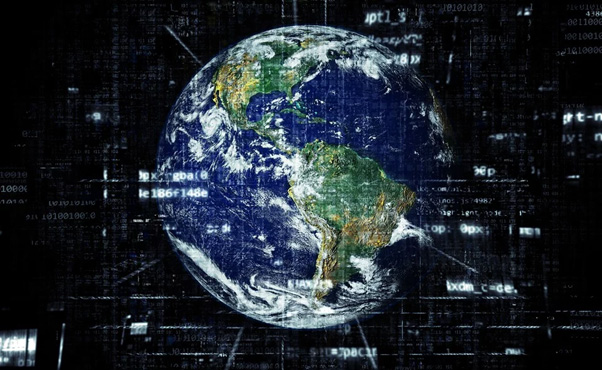 Times are changing, and as natural disasters become more commonplace, digital technology has an increasingly crucial role to play in recovery and relief efforts. Digital technology can bridge communication gaps, provide access to information and data, bring people together, facilitate career development and encourage the establishment of long-term incomes and new skills to supplement existing industries. 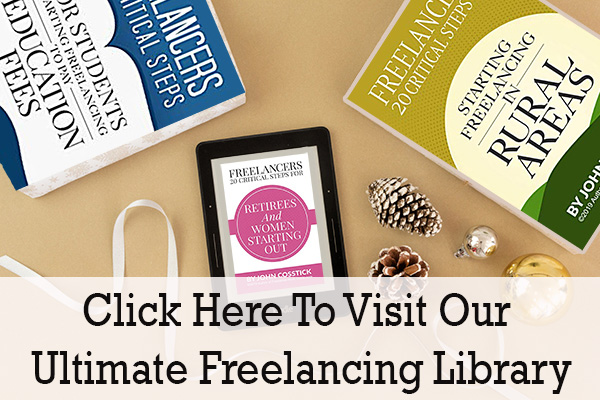